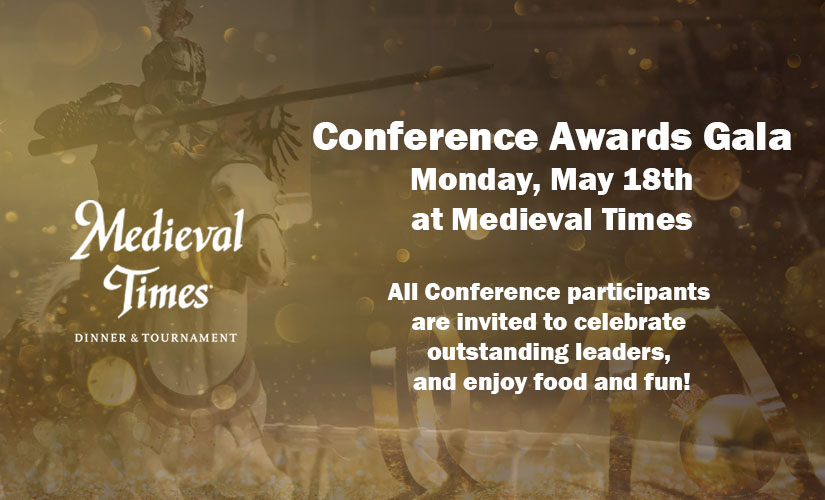 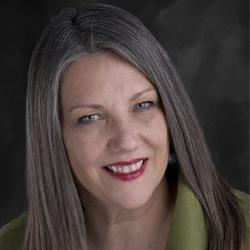 Shari L. Olson was appointed president of South Mountain Community College (SMCC) in 2011. In this role, she is responsible for the overall leadership of the college — which serves more than 6,000 students each year, and employs approximately 215 full-time and 495 part-time employees.

Dr. Olson has more than 35 years of community college administrative and teaching experience. Throughout her career, she has remained committed to strengths-based leadership and developing the best in her students and colleagues. Prior to her appointment as president, she served in administrative roles in Minnesota, including interim president at Anoka Technical College; system director of the American Recovery and Reinvestment Act for Minnesota State Colleges and Universities; and Assistant Professor of Graduate Education at Bemidji State University. From 1995-2007, she held several outreach, planning, administrative services and technology positions as vice president, dean and director at Northland Community and Technical College in Thief River Falls, MN. She also served as president of Eastern Wyoming College and director and faculty member in early childhood education at United Tribes Technical College.

In Dr. Olson’s prior roles, she established external partnerships and education programs with business and industry, and implemented college-wide diversity initiatives. She has also been responsible for the leadership of integrated planning and budgeting, business services, facilities and building maintenance, information technology services, and auxiliary services.

Over the past nine years, under Dr. Olson’s leadership, SMCC continues to see results in student engagement. Every three (3) years (2014, 2017 and 2020), SMCC participates in the Student Satisfaction Inventory (SSI) with Noel Levitz and scored above the national benchmark in all five areas: active and collaborative learning, student effort, academic challenge, student-faculty interaction, and support for learners, with the largest increase in academic challenge and student-faculty interaction. In Fall of 2018, student success in college level courses increased to 78 percent compared to 71 percent in 2012. This direct support for students means more students are successfully completing: total graduates have increased from 319 in 2011 to 418 in 2019, while the total number of degrees and credentials awarded also rose, from 696 in 2011 to 1,016 in 2019.

SMCC also continues to receive national recognition for its ongoing efforts under Dr. Olson’s leadership for four consecutive terms (2015, 2017, 2019, 2021) the college has been named an Aspen Prize Top 150 U.S. Community College. The Prize, awarded every two years, is the nation’s signature recognition of high achievement and performance among America’s community colleges and recognizes institutions for exceptional student outcomes in four areas: student learning, certificate and degree completion, employment and earnings, and access and success for minority and low-income students. Updated February 3, 2020

The Bellwether College Consortium annually recognizes outstanding and innovative programs and practices that are successfully leading community colleges into the future. The college has been named a top 10 finalist for the Bellwether award for the following initiatives: 2015 - Foundations Academy, 2016 - Creating Jobs, 2017 - Foundations Academy: Developing Students, 2017 - Business Innovation, and 2020 – SMCC Default Rate Success: 2012-2016 and Beyond. In 2018, SMCC was named by College Choice as #11 in the top 50 community colleges in America for 2017. In April 2018, SMCC received the Award of Excellence for Community College Safety, Leadership and Planning from the American Association of Community Colleges (AACC).

Every summer, Dr. Olson coordinates a walk for cancer research in Minnesota. Over the past 25 years, she has donated all proceeds, totaling more than $35,000 to the University of Minnesota, Women’s Cancer Research fund. 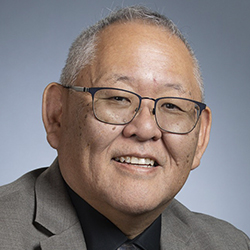 Dr. Nunoda, who holds a Ph.D. in History, brings an extensive list of skills and more than 30 years of post-secondary experience to the College. He was an instructor in the Departments of History and Native Studies for 12 years at the University of Manitoba, where he conducted research projects on various topics, including Aboriginal health education and Aboriginal student retention. Dr. Nunoda’s subject matter expertise in Aboriginal health also led him to an international position with the Indigenous Health Unit at James Cook University in Australia.

Dr. Nunoda served as the Program Director for Aboriginal Focus Programs from 2000-2002 and Director of Access Programs for the next five years at the University of Manitoba. From 2007-2011, he was the Dean of Faculty of Health at the University College of the North. Then, he served as Vice President, Academic and Research at Northern Lights College (NLC) for three years. Under Dr. Nunoda’s guidance, domestic enrolment grew three per cent and the number of international students skyrocketed 75 per cent at NLC through a Strategic Enrolment Management Plan.

Since August 2014, Dr. Nunoda served as the President of Vancouver Community College (VCC). He is a big proponent of collaborating with, and connecting with, the community. Along with Central City Foundation, VCC has hosted Fair in the Square, connecting over 3,000 community members at a festival of food, music and activities. In partnership with Vancouver Trolley Company and funding from Telus, the VCC Dental Clinic hosted Tooth Trolley for pre-registered children and their families, providing free dental exams, seminars and fun activities.

Dr. Nunoda began his term as RDC President in September 2019. 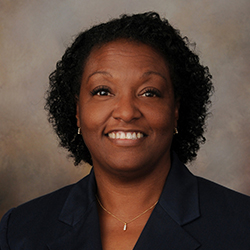 Brenda Thames has over nineteen years of experience in instruction, student services, and administration in California Community Colleges. Brenda has a passion for developing the capacities of individuals, institutions, and communities. She is committed to maintaining educational access, facilitating student success, and attaining equitable educational outcomes for students in community colleges.

Brenda is a 2016-2017 Fellow with the Aspen Presidential Fellowship for Community College Excellence. In 2014 she completed the Harvard University Institute for Educational Management. Brenda has served in a broad spectrum of positions at Modesto Junior College, American River College and at the Los Rios Community College District Office including adjunct faculty, tenured faculty, faculty coordinator, department chair, program director, dean, and vice president in both Student Services and Instruction.

In addition, Brenda has over five years of experience as a mental health clinician in county social services, county mental health and California Department of Corrections. Brenda earned a BA with a double major in Sociology and Social Welfare from UC Berkeley, MA in Social Work from the USC, and a MA in Public Administration from USC. Brenda is a doctoral candidate in Education with a concentration in Community College Leadership at Oregon State University.

Hover over photo to read summary. 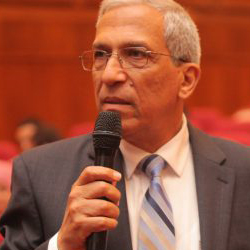 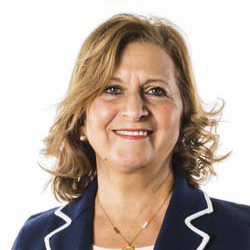 Dean of the Faculty
of Arts and Humanities
The British University in Egypt (BUE)
Cairo, Egypt 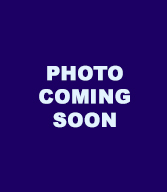 Recognizing our Conference Sponsors. Without their contributions we would not be able to bring you the high level speakers, and continue keeping our registration costs at a participant friendly rate.